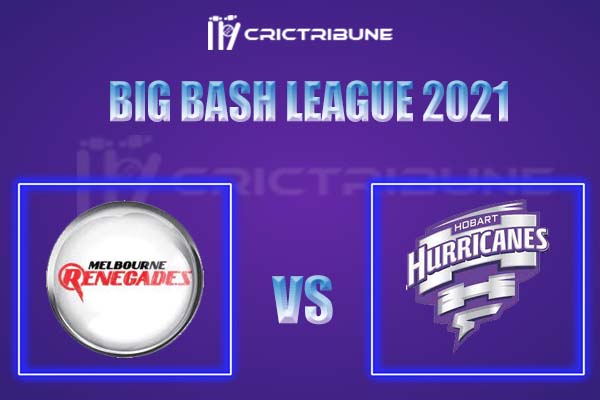 Melbourne Renegades will face Hobart Hurricanes in the 26th match of the BBL 2021/22 on Wednesday. Melbourne Renegades are in all sorts of trouble at the moment, they have lost 4 consecutive matches in a row. They need to be more proactive in all the departments in the upcoming matches. They lack big hitters in the middle order and they need to give more emphasis on that. They are placed at the bottom of the standings with 4 points.

Hobart Hurricanes, on the other hand, had a great last couple of matches where they convincingly beat Adelaide Strikers and Melbourne Stars. Ben McDermott was instrumental for Hurricanes in the success. They are likely to extend their winning run in this match as well. With 3 wins and 3 losses, they are at 3rd spot in the standings with 14 points.