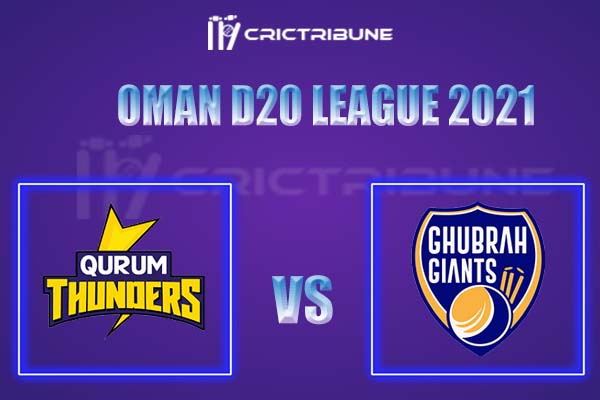 Qurum Thunders will face Ghubrah Giants in the 4th match of the Super Four contest on Tuesday. Qurum Thunders finished second in the standings with 9 points. They made a good start in the Super Four contest as well by beating Darsait Titans by 7 wickets. The top 5 batters all contributed equally well which in the end won the game for the Thunders.

Ghubrah Giants, on the other hand, are not in the greatest of forms, since they have lost two consecutive matches against Ruwi Rangers by 6 wickets and 54 runs. They failed to score runs in both matches which cost them heavily. They must win this match if they want to qualify for the finals.