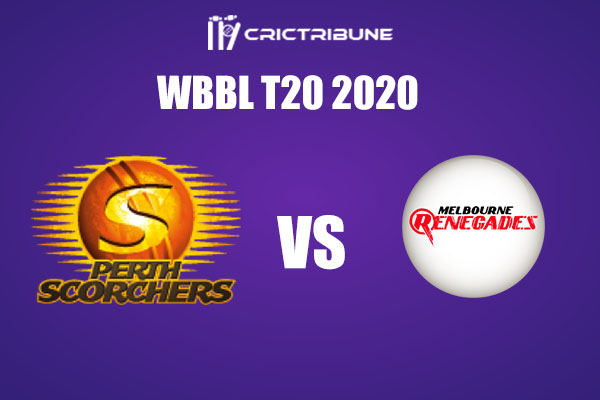 The Perth Scorchers have won 3 out of their 8 matches and have lost three while two of their matches ended in no result. This has gotten them 8 points and the 4th spot in the points table. The Melbourne Renegades Women have won only one game so far and this has made them rest without any peace at the bottom of the table. Both these teams could benefit enormously from a win in this game and this would make the game a really close-fought encounter.

The chances of the match getting hindered are low on Saturday as the forecast suggests the rainfall probability to be as low as 10 per cent. The temperature will be hovering between 20 and 22 degree Celsius.

The pitch at the Showground Stadium has been rather forgiving for the bowlers in this season of the Women’s Big Bash League. But the runs will flow for the batters if they are able to use the conditions in their favour.

190 (One completed match of the tournament played at this venue)