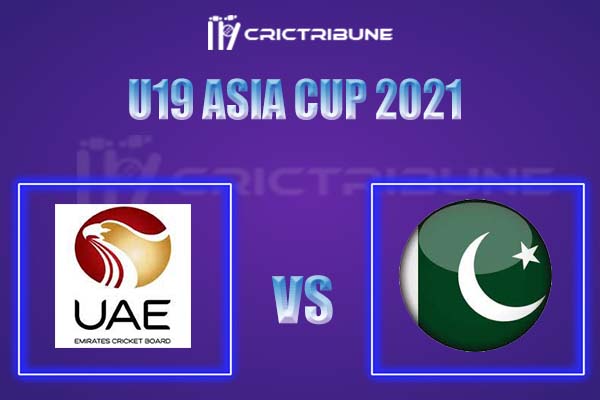 Pakistan U19 will take on United Arab Emirates in the Group A contest of the ACC U19 Asia Cup 2021/22. It’s just a formality for Pakistan U19 as they have already made their way into the Semi-Finals. They sealed a nail-biting win over India U19 in their previous match by 2 wickets in the final ball of the match. With the way they are performing, they will finish at the top of the Group A standings.

UAE U19, on the other hand, are already out of the tournament. It’s going to be a tough ask for them to beat inform Pakistan U19. They lost both their matches very badly and need to show some fight in their final encounter.

It’s a balanced wicket, with the least help for the bowlers. The wicket will stay the same for the entire course of the match. Anything above 250 is a match-winning total on this wicket.