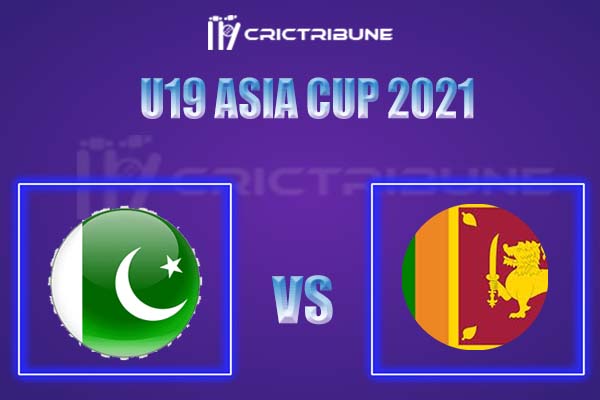 Pakistan Under 19 will be up against Sri Lanka Under 19 in the 1st Semi-Final of the ACC U19 Asia Cup 2021-22 on Thursday (December 30). Pakistan U19 have been in exceptional form in this tournament, as they won against India U19, Afghanistan U19 and UAE U19. They finished at the top of the table with 6 points in their bag.

Talking about Sri Lanka Under 19, they too had a great start to their campaign with two back-to-back victories. They wrapped up an easy win over Kuwait U19 by 274 runs, whereas the Lankan cubs faced a tough fight from Nepal U19 in their second game but still won the match in the end by 60 runs. Their previous match against Bangladesh Under 19 has been called off due to the Covid-19 pandemic.