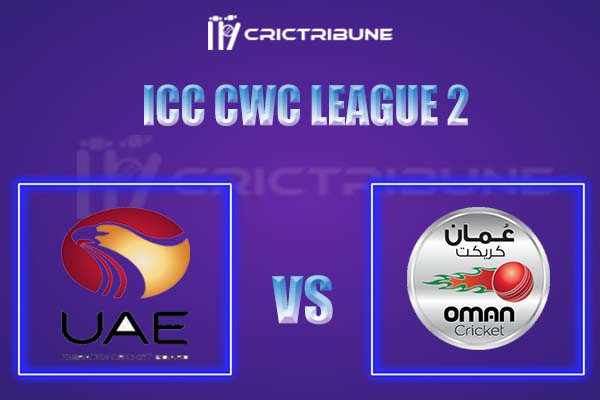 Current table-toppers Oman will take on United Arab Emirates in the 51st match of the ICC Men’s CWC League 2. In a close contest, Oman did well to defend the total of 291 runs against Namibia and won the match by 9 runs on Saturday to register their 14th win in this competition. They have a formidable middle-order batting and have also got variety in their bowling, which makes them one of the complete sides in this competition.

United Arab Emirates, on the other hand, have just played 7 matches so far in this tournament. With 3 wins, 3 losses, and a no-result, they have placed themselves at the sixth spot in the standings with 7 points. They have not featured in this league since January 2020, and it will be a challenge for them to get used to it.