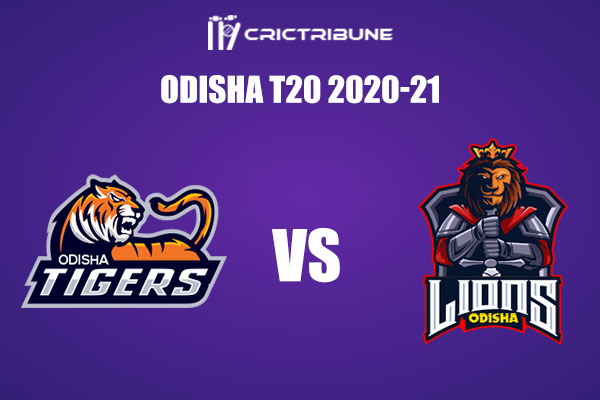 The fourth match of the Odisha T20 will see Odisha Tigers take on Odisha Lions at the Barabati Stadium in Cuttack.

Odisha Tigers failed to make a winning start to their Odisha T20 campaign, as they lost their opener against Odisha Cheetahs by seven runs. While chasing in that game, they lost seven wickets in the span of only five overs that completely foiled their chances of a win.

On the other hand, Odisha Lions will be playing their first match in the Odisha T20 tournament. They have a balanced lineup comprising of young as well as experienced players.