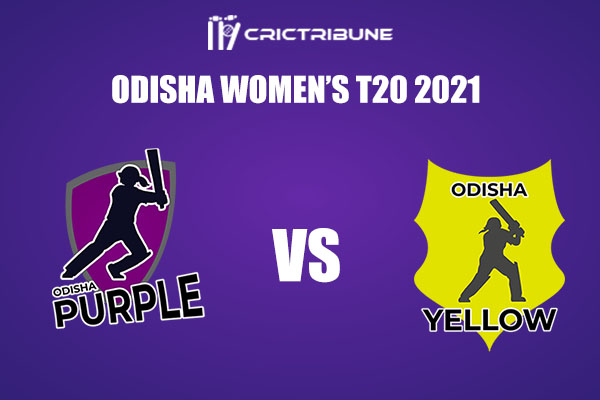 The table-toppers Odisha Purple are taking on Odisha Yellow for the last league match of the Odisha Women’s T20 2021 on Sunday afternoon. Odisha Purple came out as winners in the last meeting between these two teams. It has been a phenomenal season so far for the Purples as they are sitting at the top of the table in the with five wins in seven games and would like to finish at the top with another win over Odisha Yellow.

On the other side, it has been a completely different story for the Odisha Yellow this season. They are at the bottom of the table and are going to play the table toppers in a do-or-die match. They need to win the final match of the league stage and make sure that they win it by a big margin. However, their qualification will depend on other teams’ results as well. Both the teams are coming off a defeat in their last game and would like to finish the league stage on a good note for the one last time.

The weather forecast suggests a pretty good day for a cricket match in the afternoon. The sky is expected to be clear by afternoon with the temperature being around 26-27 Degree Celsius. There is no chance of precipitation as well.

The pitch at the KIIT Stadium in Bhubaneswar is pretty balanced. It doesn’t change much in the second half of the game. which promises a very competitive match between the two sides. The team winning the toss would like to bowl first.