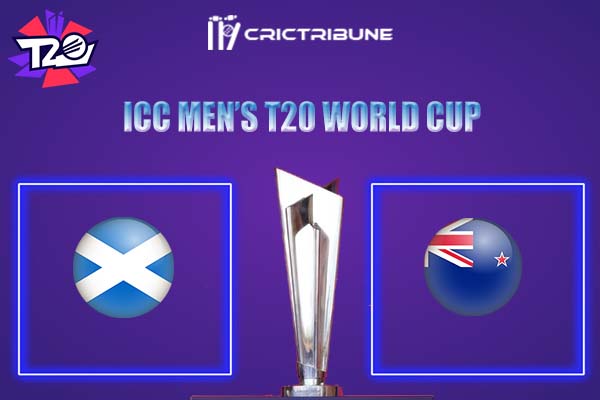 New Zealand have great chances of making it to the knockout stages, as they defeated one of the tournament’s favourites, India. They were quite special with the ball against the Indians and didn’t bowl any loose deliveries. It was just a matter of time for their batters to get past the score of 110 and they did it with a lot of ease with 8 wickets in hand and 33 balls left. They will be aiming for a massive win here against Scotland to improve their net run rate.

It will be a tough task for Scotland when they face the Kiwis in their third match of the Super 12 stage. They did a great job to make it to this stage, but lost their first 2 matches against Afghanistan and Namibia. Their batters need to fire if they want to survive at this level.