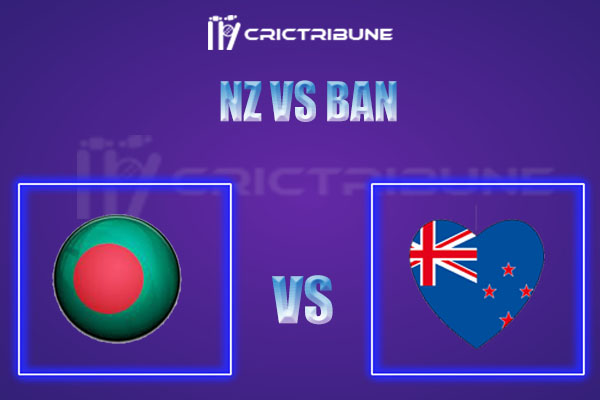 New Zealand will take on Bangladesh in the second Test of the series. It’s a must-win game for New Zealand to level the series. They were outplayed by the Tigers in the first Test and crumbled in the second innings. The hosts need to show more character in their batting if they want to win the Test.

Bangladesh became the first side to beat New Zealand in New Zealand after 2017. It’s a huge achievement for them as they claimed an 8-wicket win in the series opener. Ebadot Hussain was the game-changer for them who took 6 wickets in the second innings. They were professional right throughout the Test and showed that they are ready to take the challenge again in the 2nd Test.

The temperature is expected to hover around 18-26°C on the matchdays, with 55-60 % humidity and 14-16 km/hr wind speed. There are negligible chances of precipitation during the days of the game.

The surface at Christchurch provides decent help to the bowlers and is predicted to behave similarly in this match as well. The initial swing for the pacers towards the early half can be seen once again here. Batters will need to spend quality time on this track to get going. The track here is much different compared to the track of the 1st Test.