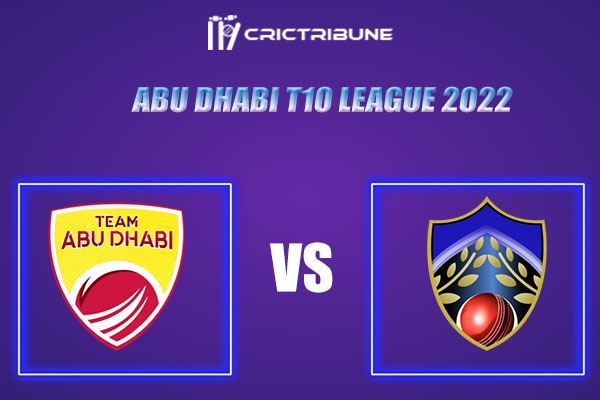 Morrisville Samp Army and Team Abu Dhabi will play the third place play-off of the Abu Dhabi T10 League 2022 on Sunday (December 4) at the Sheikh Zayed Stadium in Abu Dhabi. The Samp Army were dominant enough in the group phase and won five out of seven matches to finish in the second position in the points tally. However, they couldn’t deliver the same performance in the qualifiers and lost both the qualifiers. Deccan Gladiators defeated the Samp Army by eight wickets in the second qualifier after chasing the target of 120 runs in 9.4 overs. On the other hand, Team Abu Dhabi finished in third place in the points table after winning four out of seven matches. They lost the eliminator game against the Gladiators by a mere margin of five runs despite chasing a target of just 95 runs. In the first game of the season, Team Abu Dhabi defeated the Samp Army by 18 runs after posting a total of 100 runs.

Suggested Playing XI No.2 for MSA vs TAD Dream11 Team: