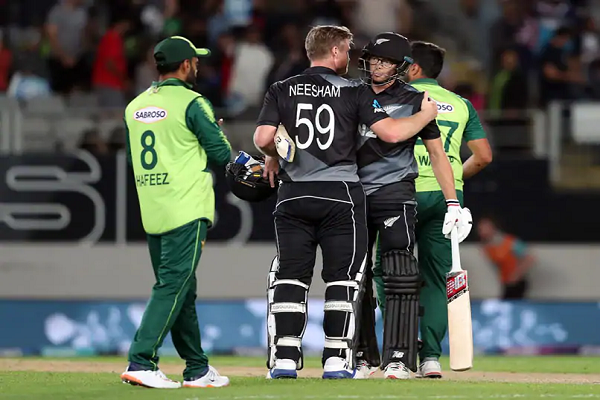 We Provide Fastest NK vs PK A Live Score Dream 11 updates on www.crictribune.com

After the unofficial Test match, Pakistan A tour of New Zealand will be now moving on to the shortest format of the game. But this game will involve the Northern Knights playing against the Pakistan A side. This match will be the first of the 5 unofficial T20s, all of which will see different teams taking on Pakistan-A team, it will be important for the Northern Knights side as they will have just a single opportunity to prove their prowess against the touring team.

The Pakistan-A team, having won the opening game of the tour, the one-off Test match against the New Zealand A side, will want to continue their winning run by again winning the 1st match of this series of 5 games. This will give the team a good momentum going in, as they will have to make changes according to the conditions and the team that they are playing against.

NK vs PK A Squads

NK vs PK A Predicted XIs

Things do not look good in terms of the weather conditions on the game day as weather-related interruptions can come in due to the 70 per cent chance of rainfall and scattered thunderstorms expected to come in during the day.

The pitches at this venue have in the past favoured the batsmen but the overcast conditions may bring in some respite for the bowlers. So, a balanced competition between the bat and the ball can be expected to take place.

NK vs PK A Top Picks