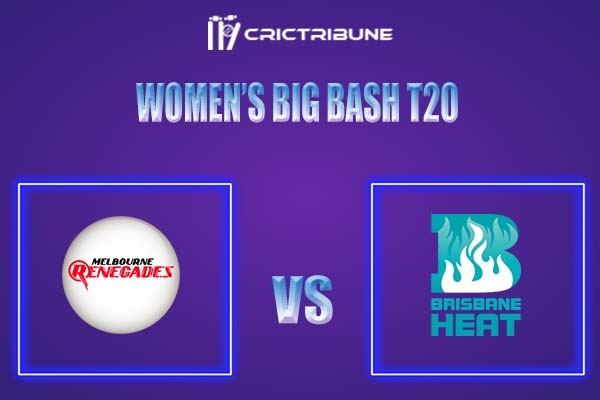 In the top of the table clash, Melbourne Renegades Women will be up against Brisbane Heat Women in the 31st match of the WBBL 2021. Melbourne Renegades Women’s four-match winning streak was halted by Perth Scorchers Women on Wednesday. Chasing a mammoth total of 194 runs, Renegades managed to score only 154 runs on the board. This was their 2nd defeat in this tournament.

Brisbane Heat Women, on the other hand, are heading into this on the back of a loss against Melbourne Stars Women by 8 wickets. Prior to that, they had won 4 matches on the trot. With 4 wins, 2 losses, and a no result they placed themselves at 2nd spot in the standings with 9 points.