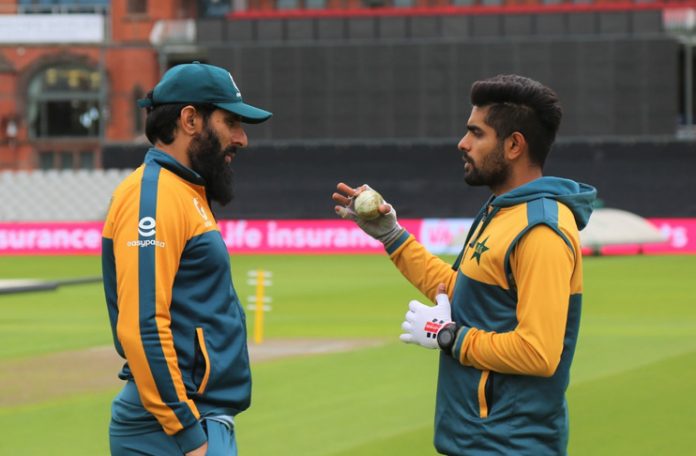 Misbah ul Haq: No major changes for Pakistan vs Zimbabwe

The head coach-cum-chief selector of the Pakistan Cricket Team, Misbah Ul Haq, has said that there will not be any major changes require ahead of Pakistan vs Zimbabwe limited-over series. He believes that the team already comprises of the youngsters as many cricket veterans as passing on their suggestions to prepare a young side against Zimbabwe.

Recently, in a three-match T20 series against England, Mohammad Husnain, Haider Ali, Shaheen Afridi, and Khudshil Shah were parts of the side and they are likely to be the contestants of the Zimbabwe series as well.

Misbah ul Haq: No major changes for Pakistan vs Zimbabwe

“Team is already composed of young players. We might change a thing or two to make the team stronger,” he said while interacting with the press in Lahore on Saturday.

He said the points team will be earning, will repute the team in the World Cup qualification.

“We should keep in mind that the points earned from the ODI series would count towards World Cup qualification,” he added.

Pakistan vs Zimbabwe are scheduled to play three ODI’s that are part of the ICC Cricket World Cup Super League, on October 30th, November 1st, and November 2nd in Multan. The ODI series is followed by a three-match T20I series to be played in Rawalpindi on 7th, 8th, and 10th November.