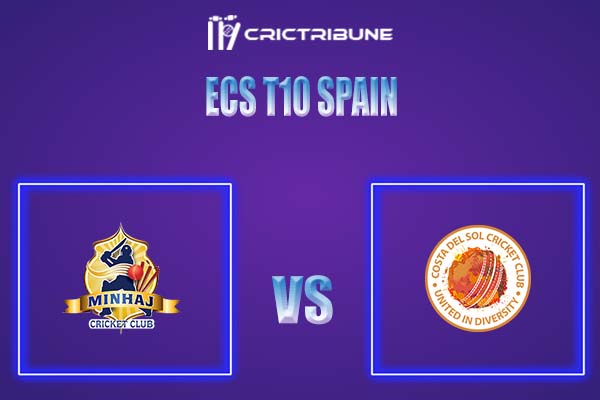 Minhaj will be up against Costa Del Sol in the 5th match of the ECS Spanish Championship Weekend 2021. Minhaj got a good start to their campaign, as they defeated Sporting Alfas by a huge margin of 80 runs. However, they failed to continue the trend in the next match and failed to defend the total of 90 runs posted by them.

Coming to Costa Del Sol, they got the same start as Minhaj in their first match, beating Pak I Care by 5-wickets. In the second match against Sporting Alfas, Costa Del Sol posted a good total of 102 runs on the board and failed to defend in the allotted 10 overs. Minhaj have played better cricket than Costa Del Sol and will look forward to repeating similar performances in the upcoming match as well.