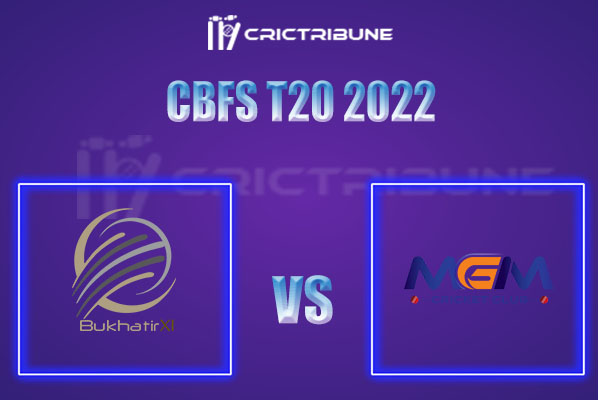 MGM Cricket Club will be up against Bukhatir XI in the 6th and final match of the day in Sharjah CBFS T20 2022. MGM Cricket Club got off to a good start in this tournament by defeating Savannah Lions CC in the opening game. However, they failed to continue the momentum, as they failed to chase the total of 159 runs posted by Brother Gas.

On the other hand, Bukhatir XI are going to play their second match in this competition. They didn’t get the expected start as Intergloble Marine defeated them by a margin of 18 runs. So, Bukhatir XI will be looking to bounce back in this game to bag some crucial points in the league.