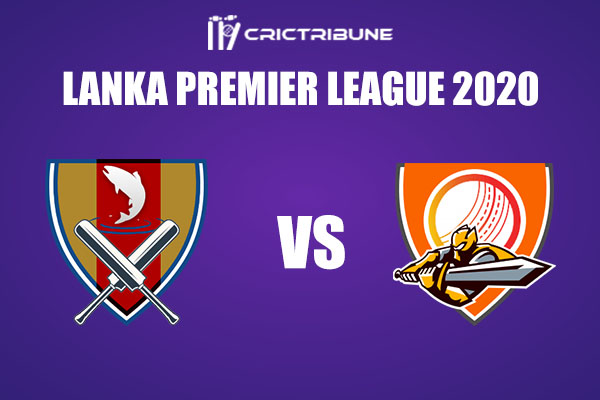 After having rough starts to their respective campaigns in this season of the Lanka Premier League, Kandy Tuskers and Galle Gladiators will be facing off against each other tomorrow. They will be searching for their first win in the 6th match of the tournament.

Galle Gladiators and Kandy Tuskers both lost their first two games of the tournament and are placed at the bottom of the points table at the moment. The only positive is for Kandy Tuskers is that their Net Run Rate is better than their opponent’s. They will be out on a hunt for a win and it will be interesting to see which team gets their first win in this tournament.

The weather in Hambantota on the day of the match is not ideal for an uninterrupted game of cricket as the chances of rainfall are as high as 70 per cent. The temperature is expected to be around the 26 degree Celsius mark.

The pitch at this venue has been unforgiving for the bowlers in this tournament and is expected to exhibit the same behaviour in this game too. The ideal choice for the captain winning the toss will be to bat first.

197 (Last 2 completed matches of the tournament)