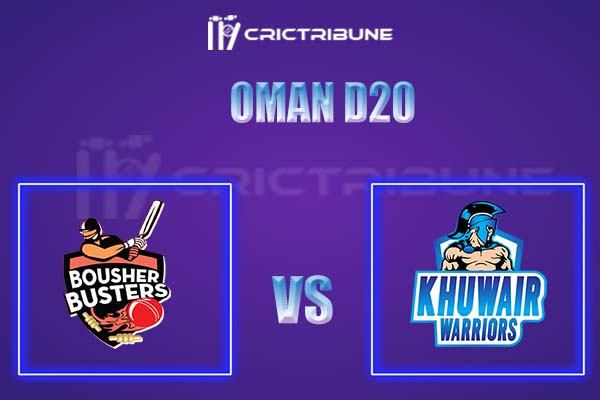 Khuwair Warriors will take on Bousher Busters in the 24th match of the Oman D20 League 2021/22 on Saturday. Both sides will be eager to start the new year with a win. Khuwair Warriors have tasted success and failure equally in this tournament. With 3 wins and 3 losses, they are at the 5th spot in the standings with 6 points.

Bousher Busters, on the other hand, have managed to win only one of their 5 matches played. They are still sitting at the 7th spot in the standings with 2 points. They came so close in a couple of matches however ended up on the losing side. This is an important game for both sides in an evenly poised tournament as all teams are fighting to finish in the top four spots.