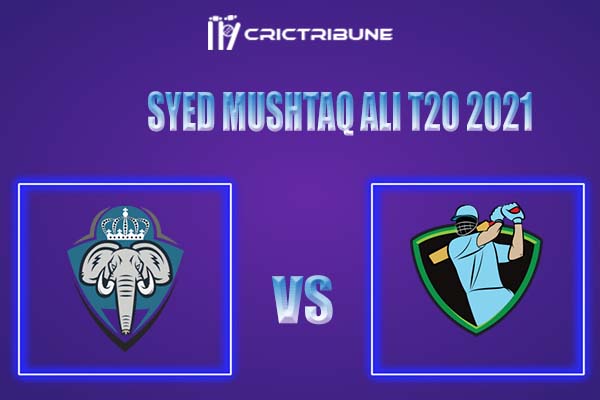 Kerala will be up against Madhya Pradesh in the Elite Group D contest of the Syed Mushtaq Ali Trophy 2021. It’s another must-win game for both sides to keep themselves in contention for the knockouts. Kerala kept their hopes alive with an 8-wicket win over Assam on Monday. With 2 wins and 2 losses, they are currently placed at the third spot in the standings with 8 points.

Madhya Pradesh, on the other hand, are the favorites to win this match considering their current form. They brutally thrashed Bihar by 9 wickets with 86 balls still left in the match on Monday. Bowling has been their major strength and they are all set to conquer Kerala in their last league game. Currently, they are at the top spot in the Elite Group D standings with 12 points.