Karnataka Tuskers’ Ahmed Raza was named the “Player of the Match” for his exceptional bowling figures of 2/11 from his 2 overs.

Delhi Bulls won the toss and elected to field first. The tuskers sent Hashim Amla and Johnson Charles to bat first. Hashim Amla could only score 6 runs from 7 balls. Johnson Charles smacked 13 runs from 5 balls. Upul Tharanga struck 5 fours and 2 sixes to reach 48 runs from 22 balls. Tuskers’ wicketkeeper-batsman Shafiqullah also contributed 34 from 21 balls with 3 fours and a six. The Karnataka Tuskers finished their inning on 110/5. Ravi Rampaul took 2 wickets for 16 runs, while David Willey and Dushmantha Chameera claimed 1 each.

Delhi Bulls required 111 runs to win the match from 10 overs. They started terribly as they lost 3 wickets for 29 runs at the beginning of the 4th over. Captain Eoin Morgan scored 21 from 10 balls and Andrew Mathews smacked 31 from 21 balls for 2 fours and 2 sixes. No other batsmen reached double digits aside from those two as the Bulls finished on 91/8 after 10 overs. Hurricane Masters will take on Ultimate Legends in the 3rd T10 Match of T10 Super League 2020 which will be played at India;… 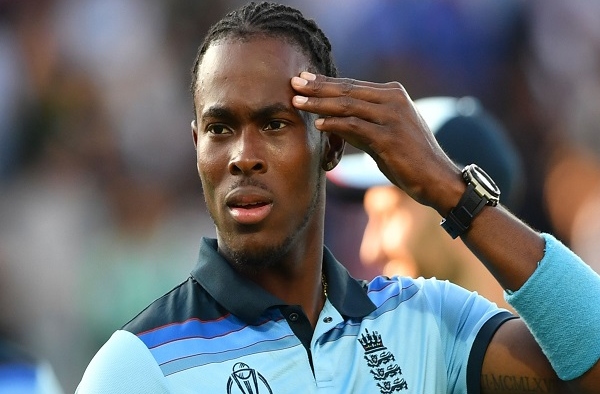 We have great spinners in our crew and India won’t out turn us: Jofra Archer

Jofra Archer one another in the four-coordinate Test arrangement, there is no uncertainty that the challenge will be a…

Pakistan vs Zimbabwe: Will Babar Azam regain his number one T20I spot? The International Cricket Council (ICC) announced the latest…