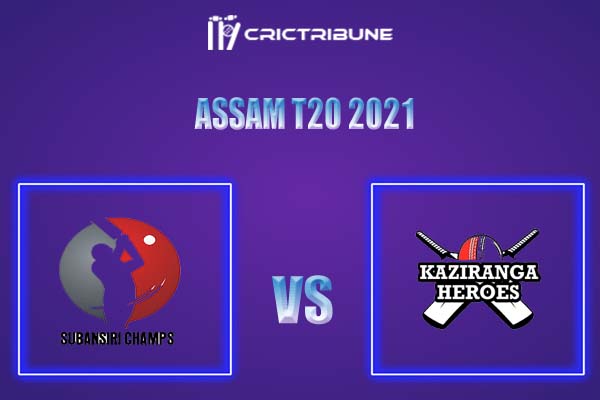 This is the second match of Assam T20 2021 where Kaziranga Heroes and Subansiri Champs will look to get off to a flying start to kick off their campaign. Both the teams might get some stuff about the playing conditions after witnessing the first game.

Moreover, there are a plethora of talented cricketers in the arsenal of both teams who are eager to showcase that they are ready for the upcoming stages of the tournament. Fans are all set to witness a good game on Saturday at the Guwahati.