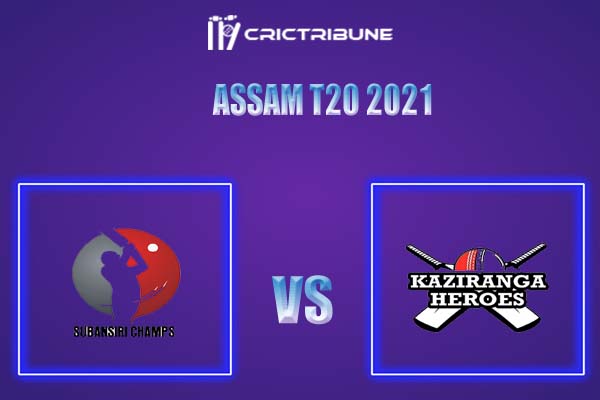 Kaziranga Heroes are all set to clash with Subansiri Champs in the 16th match of Assam T20 2021. This match is scheduled to be played on Saturday at the Judges Field in Guwahati. Talking about Kaziranga Heroes, they lost their previous encounter against Barak Bravehearts and are positioned at second last on the points table.

Subansiri Champs were also coming from a defeat in their last battle with Brahmaputra Boys. They failed to chase down the target of 148 runs posted by the opposition. Notably, both Kaziranga Heroes and Subansiri Champs haven’t enjoyed a sensational run so far in this competition. So, we can expect a good game between these two teams on Saturday.