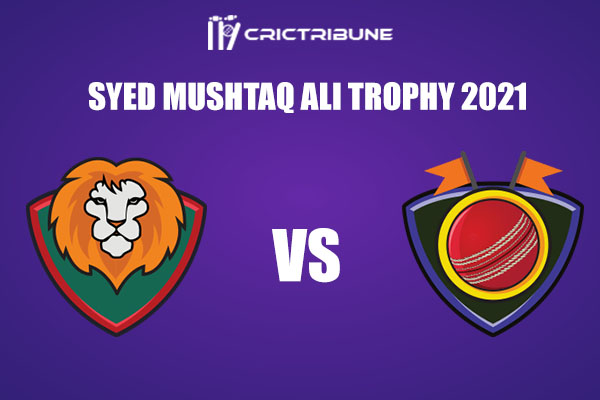 We Provide Fastest HIM vs MAH Live Score Dream 11 on www.crictribune.com

Not many would have expected Himachal Pradesh to emerge as a contender to top Elite Group C, but they have managed to do just that. Rishi Dhawan & Co. have played some great cricket to win 3 out of their 4 matches. They are just 4 points behind group-toppers Baroda and will be aiming to close the gap.

On the other hand, Maharashtra have had a campaign they would like to forget as soon as possible. Not only have they lost 3 out of their 4 matches, but the manner in which they lost their previous game would have dented their morale badly. It will be interesting to see how they will cope up with an in-form Himachal Pradesh side.

HIM vs MAH Squads

HIM vs MAH Predicted XIs

The temperature will be around 27 °C during the start of the game, but it will eventually rise to 31 °C. As always, there are no chances of precipitation.

The track here at the Moti Bagh Stadium tends to change its characteristics in due course with the progression of the match. It eventually starts out as a batting-friendly surface, but towards the end, the bowlers rule the roost.

HIM vs MAH Top Picks

Suggested Playing XI for HIM vs MAH Dream11 Fantasy Cricket

Tags: HIM vs MAH Live Score