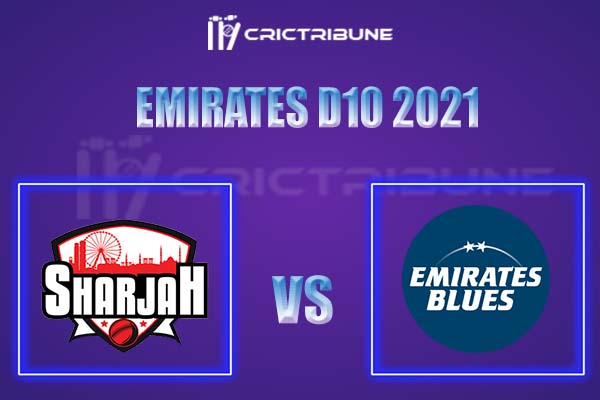 Emirates Blues will take on Sharjah in the 14th match of the Emirates D10 2021 on Monday. Emirates Blues were cruising along in this competition with 3 straight massive wins until Fujairah handed them their first loss in this competition. Their top 3 batsmen Mohammad Boota, Chundangapoyil Rizwan, and Laxman Manjrekar got out early, which made the difference for them. With 3 wins and a loss, they have been pushed down to the 2nd spot in the standings with 6 points.

On the other hand, With some incredible performances, Sharjah are unbeaten in this competition. Having won all of their 4 matches, they moved to the top of the table with 8 points and a net run-rate of 2.966. In their previous match, they comfortably defeated Abu Dhabi by 6 wickets with 9 balls to spare. Umair Ali has been exceptional with the ball in this tournament.