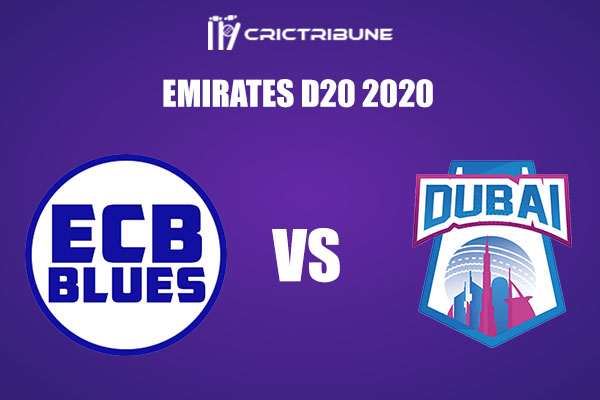 We Provide Fastest AJM vs ECB vs DUB Live Score Dream 11 on www.crictribune.com

After winning their first match against Abu Dhabi, ECB Blues are all set to face Dubai during the last game of the second day. The likes of Aryan Lakra and Chundangapoyil Rizwan helped their side to get over the victory line. Dubai on the other hand is taking the field for the second time on the same day.

According to that, as it is their second game, both of them would want to end their day on a winning note. Since both the teams will be pushing hard for a win, this should also be a highly competitive battle. So, fans are eager to see who is going to grab the two precious points hanging in front of them.

The weather is expected to be clear during the course of the game. The temperature will hover around 23 Degrees Celsius range.

The track at ICC Academy is a good one to bat on. We have witnessed that bowlers getting dominated by the batsmen, especially in the first innings of the game. So, bowlers would find it difficult to contain runs at this venue.