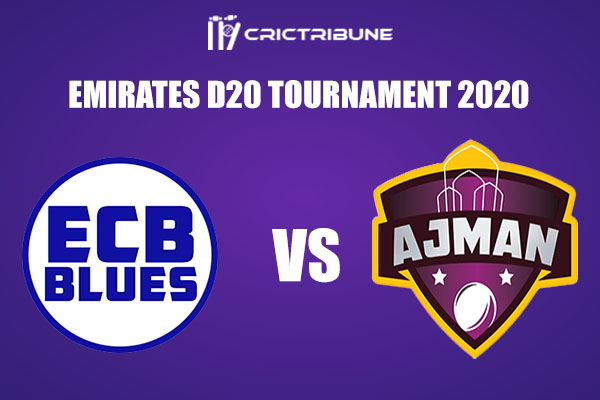 The Emirates D20 League is nearing the business end of the competition and things are heating up in the race for the final two qualification spots. ECB Blues have given a good account of themselves so far in the competition. They have won 3 of their last 5 matches.

Ajman, on the other hand, have won just one match in the entire tournament so far. They haven’t beaten any of their opponents in their last 5 games. They will be hoping to pull off a surprise victory against the ECB Blues on Tuesday.

It will be a pleasant evening in Dubai with the temperature ranging between 24 to 23 degrees Celsius and the humidity will be 48 percent. There is no chance of precipitation for this match.

The pitch isn’t that great for batting due to the slowness of the surface, the previous matches stats show the same. Slow bowlers are like gold on this type of wicket. Anything above 150 is a good score at this venue.