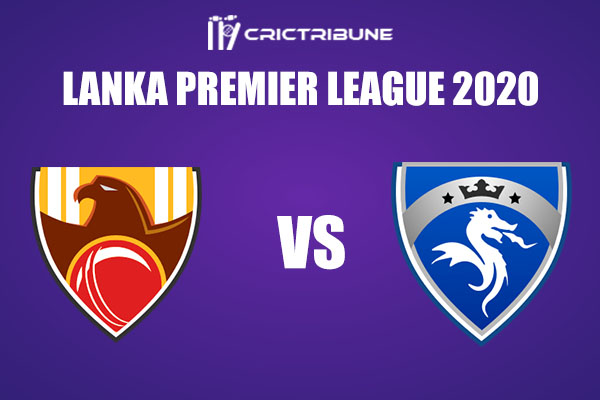 Both teams have won four out of five games each, and are in pursuit of the top spot in the points table.

The Viiking, led by Dasun Shanaka, have been impressive with the bat. Niroshan Dickwella and Samit Patel have contributed heavily, while Anwar Ali and Malinda Pushpakumara have come up with the goods on the bowling front. The Viiking will look to sustain their momentum ahead of the knockouts.

On the same note, the Stallions would also look to gather momentum after a tough loss to the Kings. With Thisara Perera and Avishka Fernando firing on all cylinders, the Stallions are slight favourites heading into this fixture.

However, both teams are fairly evenly matched on paper, which should pave the way for a cracking contest at the Mahinda Rajapaksa International Stadium in Hambantota.

The pitch at this venue started off as a surface where the batters found it troublesome to play in the second innings, but now as the tournament has progressed, chasing has become easier than ever. It would be wise for the captain winning the toss to bat in the second innings.

154 (Last 3 completed matches of the tournament)