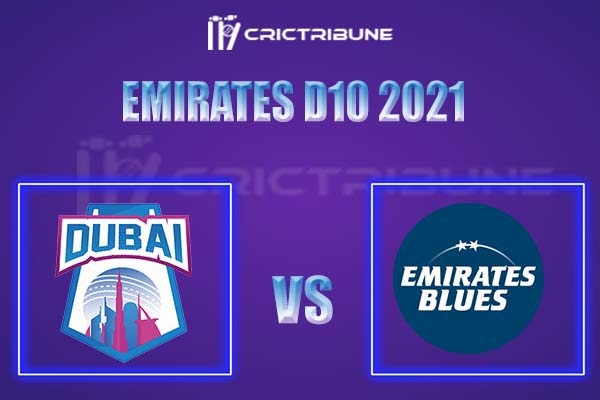 Emirates Blues lost their last match to Sharjah with a decent show of batting along that was not backed up with their bowling skills which will need to improve to make an impact this season.

Dubai end last season with a win with a fantastic batting performance which was helped with their ability to contain the opposition with their bowling skills which should keep them motivated for this match.

The wicket at the Sharjah Cricket Stadium is a good one to bat on, with the average first-innings score at the venue being 120 runs. The batters will get full value for their shots on this track. The bowlers, meanwhile, will have to maintain tight lines and lengths to control the leakage of runs. The team winning the toss should look to bat first and put up a big total on the board.