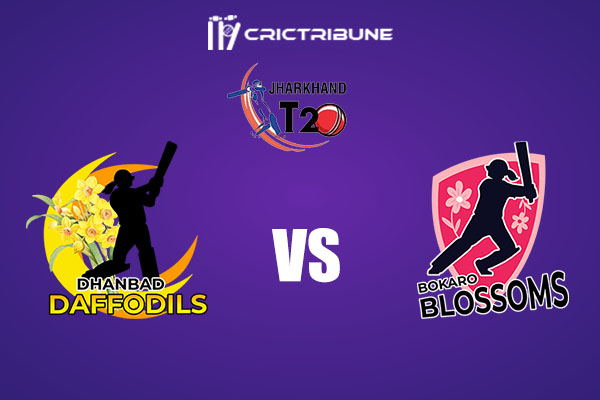 Dhanbad Daffodils Women and Bokaro Blossoms Women will face each other in the 7th match of the Jharkhand Women’s T20 Trophy 2021 on Wednesday. Dhanbad Daffodils Women are having a tough time in this competition, having lost two back-to-back matches. They were beaten by Ranchi Roses Women in the first game by 41 runs and in their second game, they suffered a defeat against Dumka Daisies Women. With no points in their bank, they are at fourth place in the standings.

On the other hand, with two convincing victories against Dumka Daisies Women and Jamshedpur Women, Bokaro Blossoms Women got the start they would have dreamt of in this tournament. Indrani Roy and skipper Ashwani Kumari are the main pillars in their batting department, while all of their bowlers are doing a commendable job. With 2 wins on the trot, they are at the top of the table with 8 points. They will look forward to taking advantage of Dhanbad Daffodils’ tumultuous situation.

It will be mostly cloudy in Ranchi with the temperature ranging between 20 and 23 degrees Celsius and the humidity will be 59 percent. There is no chance of precipitation for this match.

Batswomen are having a tough time in the middle here at the JSCA stadium. The team batting second has failed utterly in all the matches played till game 5. The surface is too slow to score runs freely at a quick phase. Whoever wins the toss should bat first.