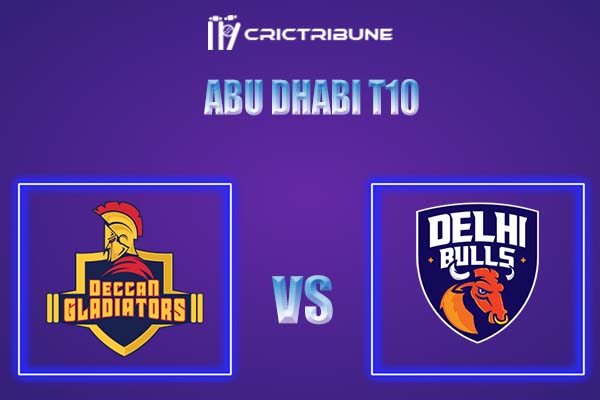 Deccan Gladiators will be up against Delhi Bulls in the 9th match of the Abu Dhabi T10 League 2021 on Monday. After a 24-run victory over Chennai Braves in their 1st fixture, Deccan Gladiators weren’t able to hold their nerves against Team Abu Dhabi in the 2nd game and lost the match in the final ball by 4 wickets. Not enough runs on the board were the reason behind their downfall, however, bowlers did a great job to take the game deep.

Delhi Bulls on the other hand, with some responsible batting from senior duo Dwayne Bravo and England white-ball skipper Eoin Morgan, chased down the mammoth target of 125 runs against Chennai Braves on Sunday and won the match by 5 wickets. With this victory, Bulls completed a hat trick of wins in this competition.