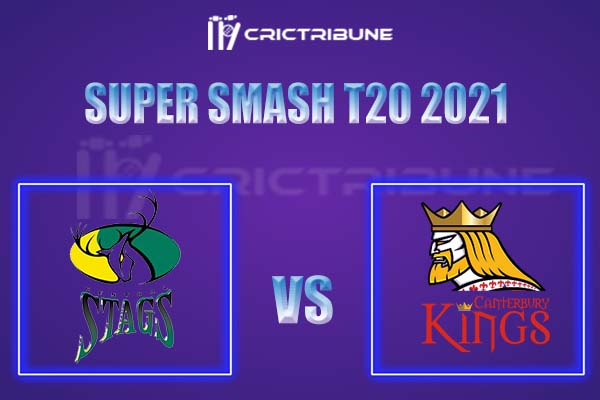 Canterbury Kings will be up against Central Stags in the 5th match of the Super Smash T20 2021-22 on Friday (December 10). Canterbury Kings didn’t get the expected start to their campaign, as they were defeated by Wellington Firebirds by 27 runs. They failed as a batting unit, which was the main reason behind their downfall.

Coming to Central Stags, they had an impressive start with a 5-wicket win over Otago Volts in their first match. They went with the same flow against Wellington Firebirds and won the battle by a margin of 14 runs. Batting is the forte for Central Stags and their batters need to fire in the upcoming fixtures as well.