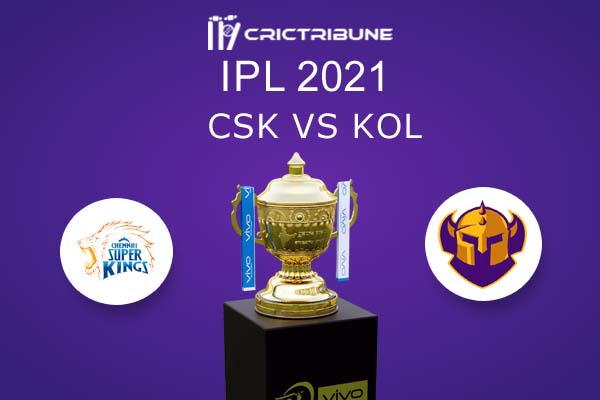 Chennai Super Kings will be squaring off against Kolkata Knight Riders in the 38th match of the season at the Sheikh Zayed Stadium, Abu Dhabi on the 26th of September. Chennai Super Kings have gone all guns blazing so far, and have won 7 of their 9 games, they are the current table toppers. On the other hand, Kolkata Knight Riders have made a fantastic comeback in the second leg of the tournament, winning both of their recent games. They are standing 4th on the points table, with 4 wins in 9 games.