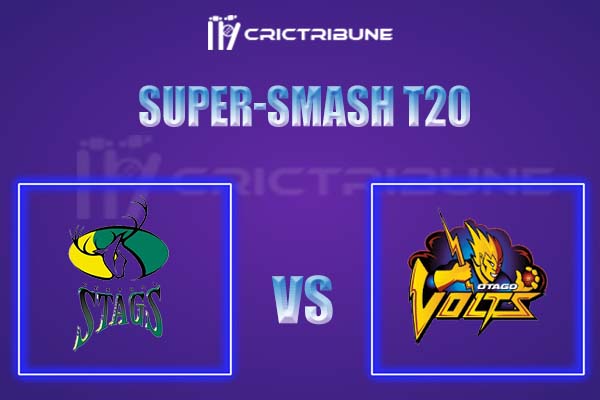 Central Stags will lock horns with Otago Volts in the 8th match of the Super Smash 2021-22 on Saturday. Central Stags won their first two matches quite remarkably against Otago Volts and Wellington Firebirds and failed to keep the same tempo as they lost to Canterbury Kings in their 3rd encounter by 47 runs.

Otago Volts, on the other hand, are heading into this match on the back of a win over Northern Brave by 3 wickets. With one win, one loss and a no result they are at 3rd spot in the standings with 6 points. It’s still early days in this tournament and they need to take one game at a time.