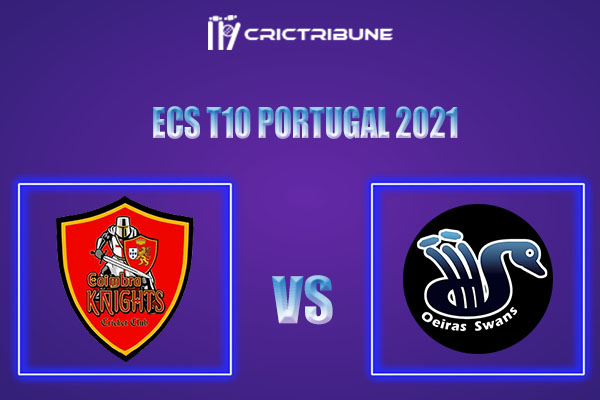 The Coimbra Knights have not had a good start to their ECS T10 Portugal campaign, having won just one of their four games so far. They head into the fixture on the back of a loss to Miranda Dragons.

Oeiras, on the other hand, have won two and lost two of their four ECS T10 matches so far. They beat the Indian Royals by five wickets in their last encounter. Oeiras boast a power-packed batting unit and will start as favorites on Thursday.

The pitch at the Estádio Municipal de Miranda do Corvo has greatly favored the bowlers. The batsmen have struggled big time at the venue and we can expect another low-scoring ECS T10 Portugal game on Wednesday. Both teams will want to bat first upon winning the toss.

It’s difficult for the batters to go over the bowlers on this surface, we have hardly seen batters scoring runs freely on this venue. Bowlers are picking up wickets regularly which is rare especially in this T10 format.