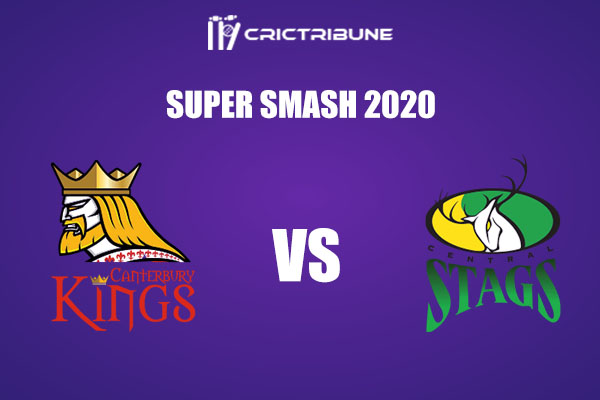 It is a thrilling Thursday when we will get our second finalist of the season. Canterbury Kings and Central Stags will lock horns against each other in the Preliminary Final of the Super Smash. Central Stags have momentum with them having won their last match against the same team. They have won 6 out of 10 matches they played so far.

Canterbury Kings, on the other hand, fell short by 30 runs against Central Stags in their last match. They are losing momentum from the last couple of matches as they have only won 2 out of the last five matches they have played so far. Both teams will be looking forward to winning this match and book their spot for the finals.

It will be a partly cloudy day in Christchurch but the skies will be clear in the evening. The temperature will be around 19 degrees Celsius.

It is a balanced track at the Hagley Oval. The spinners will get a bit of grip and turn from the surface in the second innings. Since it’s not a high scoring ground, teams would be looking to chase.