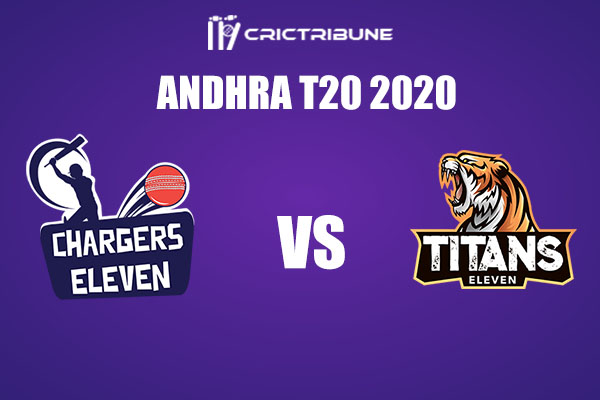 With only 7 matches to go in the league stage, Chargers XI and Titans XI meet again in what can be considered as a knock-out game for the former. They have lost five of their 7 games and are placed fifth on the points table, with only 4 points to their name.

Titans XI, on the other hand, are comfortably sitting at the top of the table with 6 wins. They have accumulated 12 points from 7 games. With the league stages coming to an end, they would like to win their last few games and take the momentum into the knockouts. It will be a sunny day in Anantapur, with the temperature being around 32 degrees Celsius. The humidity level will be 45%.

The track seems to have improved for batting in the last few games as we have seen a couple of high scoring matches. The ball comes on to the bat nicely and the ball carries at a good height to the wicketkeeper.