At the start of the 26th match of the Caribbean Premier League (CPL) 2019, Barbados Tridents won the toss and decided to bat first against St Lucia Zouks. The Tridents’ wicketkeeper Johnson Charles and Ales Hales opened the innings against the Zouks.

Shakib Al Hasan contributed 22 runs off 21 balls while Justin Greaves of the Tridents remained not out after scoring 27 runs off 28 balls by hitting 2 fours, pushing his team towards a total of 141 runs at the cost of 6 wickets in 20 overs. The Tridents set up the target of 142 runs for the St Lucia Zouks to chase.

St Lucia Zouks’ Hardus Viljoen and Kirshmar Santokie took 2 wickets each for their team in their 4 overs against the Tridents, while Fawah Ahmed took 1 wicket by conceding only 23 runs in his 4 overs.

St Lucia Zouks sent their wicketkeeper-batsman Andre Fletcher and Rahkeem Cornwall to bat first against the Tridents. Andre Fletcher only scored 8 runs on 9 balls. Rahkeem Cornwall scored 19 runs off 15 balls for 2 fours and a six. Colin Ingram lost his wicket to Shakib Al Hasan after scoring 25 runs off 17 balls for 2 fours and 2 sixes, while Colin de Grandhomme 21 off 15 balls for 1 four and 2 sixes.

The Zouks were 84/4 after Colin de Grandhomme’s wicket fell in the 10th over of the game, requiring only 58 runs off 56 balls with 6 wickets in hand. Hardus Viljoen’s 22 off 23 balls for 2 fours and a six gave some hope to the Zouks but it was not enough to win the match as all other batsmen that followed after Hardus Viljoen scored a total of 12 runs.

St Lucia Zouks lost all their wickets on just 117 runs in 18.4 overs against the Barbados Tridents. Hayden Walsh was the main star of the Tridents’ side as he took 4 wickets against the Zouks. Harry Gurney took 3 wickets for 17 runs in his 4 overs while Shakib Al Hasan, Jason Holder, and Raymon Reifer took 1 wicket each for the Tridents.

Hayden Walsh of Barbados Tridents was named “Player of the Match” for his brilliant performance with the ball, taking 4 wickets for just 26 runs at the economy rate of 7.09.

The Barbados Tridents won the match against St Lucia Zouks by 24 runs, qualifying for the playoffs of the Caribbean Premier League (CPL) 2019. The Barbados Tridents have now played 9 matches, winning 4 and losing 5 matches. The Tridents stand on the 4th position on the points table with 8 points in the Caribbean Premier League (CPL) 2019.

Another Super Over, another loss for New Zealand 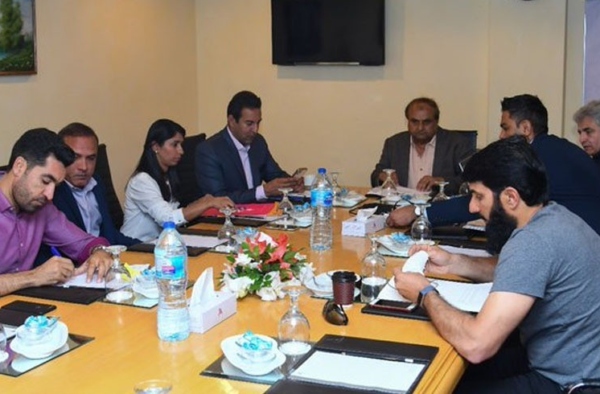 PCB selection committee to be named next week: Reports The Pakistan Cricket Board (PCB) is likely to on-screen their new…