The other day I saw a video of recently concluded Rawalpindi test when the crowd was chanting “Babar Babar!” When the Babar Azam was coming to bat first time in front of home crowd in a test match, the feel was majestic and gave me goosebumps and for the first time in all my cricket following age I have seen someone earned respect so well based on quality of cricket he posses, the crazy nation who used to follow the “charisma of Imran Khan, the speed of Shoaib Akhtar or the sixes and looks for Shahid Afridi” is now following the proper textbook cricketer like Babar Azam is a story itself. 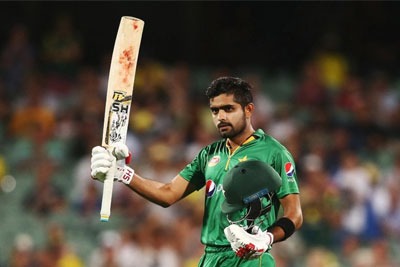 It wasn’t easy for Babar, I still remember in the first season of PSL Islamabad United picked him and mostly he was on the bench, the player of his caliber has always been discussed in domestic circle, but the management of Islamabad United didn’t realize what gem they have and later next year they traded him with Karachi Kings which was coached by Mickey Arthur and as Babar said “father figure for him”

Once Mickey had him the sky of cricket world saw a new star emerging, from his early hundreds till his match-winning knock vs. NewZealand, the progress of this lad is impressive, although the test career didn’t come along as it should be. Still, in the past two years, he averages around 60 in the test arena as well, and we all know how good he is in the T20s.

First, he was mocked for being too slow, the nation who loved sixes of Afridi and speed of Shoaib, it was understandable, but he stood firm, and we slowly saw ourselves finding new love in shape of “Babar’s cover drive,” and we all faint ourselves on it now

He had his hurdles, but he is a hard-working cricketer, and the way he transformed his game vs. left and leg-spin bowlers, we might see a better Babar Azam in the coming days, and it’s about time we start considering him in “FAB5.”

A boy who became a man, a man who is about to become a legend Asia Cup will go ahead as planned, either in UAE or in Sri Lanka: PCB Coronavirus has badly interrupted the…