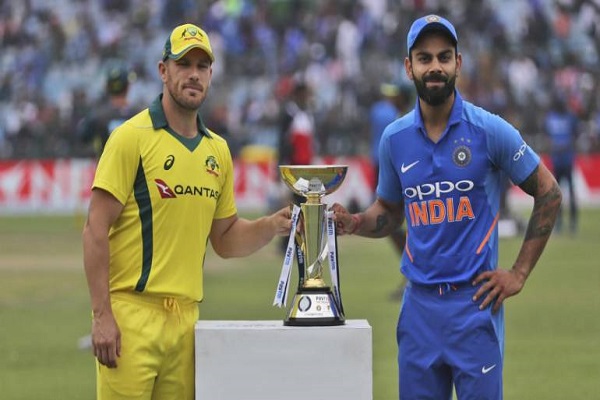 India will resume its international cricket finally after a gap of more than nine months due to COVID-19 outbreak. All of their players were involved in the 13th edition of the Indian Premier League (IPL) in the UAE. But they will miss their ace opener Rohit Sharma who has been rested due to hamstring injury. Virat Kohli will play a crucial role and will have to lead from the front while the likes of Shikhar Dhawan and Jasprit Bumrah will also be key for their success.

Australia go into this series as favourite as they are almost invincible at home. However, India had defeated them by 2-1 during their 2018-19 tour and the hosts will be keen on avenging for that defeat. David Warner and Aaron Finch will be key for them along with Steve Smith while Mitchell Starc and Pat Cummins are expected to lead on the bowling front. Expect this to be a cracker of a game at the SCG.

Dark Clouds will hover at the SCG in the morning as there is very slight chance of rain as well. But the sun is expected to come out by 1 PM, around 90 minutes before the match and then the conditions will be superb for the game of cricket to take place with the temperature hovering in the mid-20s.

The SCG pitch is historically known to be a batting beauty with some assistance to the spinners as the game progresses. Something of similar sorts is expected for the series opener scores close to 280-300 can turn out to be par. The team winning the toss is likely to bat first.