Sunil Gavaskar’s comments on Anushka Sharma and Virat Kohli are going trending on social media. The public has found it derogatory despite the fact that the former cricketer only meant to add a bit of sarcasm in the commentary panel.

The performance of Kohli for the Royal Challengers Bangalore (RCB) can clearly be seen as he failed to score in all two matches that have been played by the Red Army till yet in the IPL 2020.

Gavaskar meant to comment on his performance that was not up to the expectations but the masses have misunderstood it totally and have gone furious over it. The news has reached to Anushka as well who has equally got furious over it and posted an Instagram story to answer Gavaskar.

Here is her story: 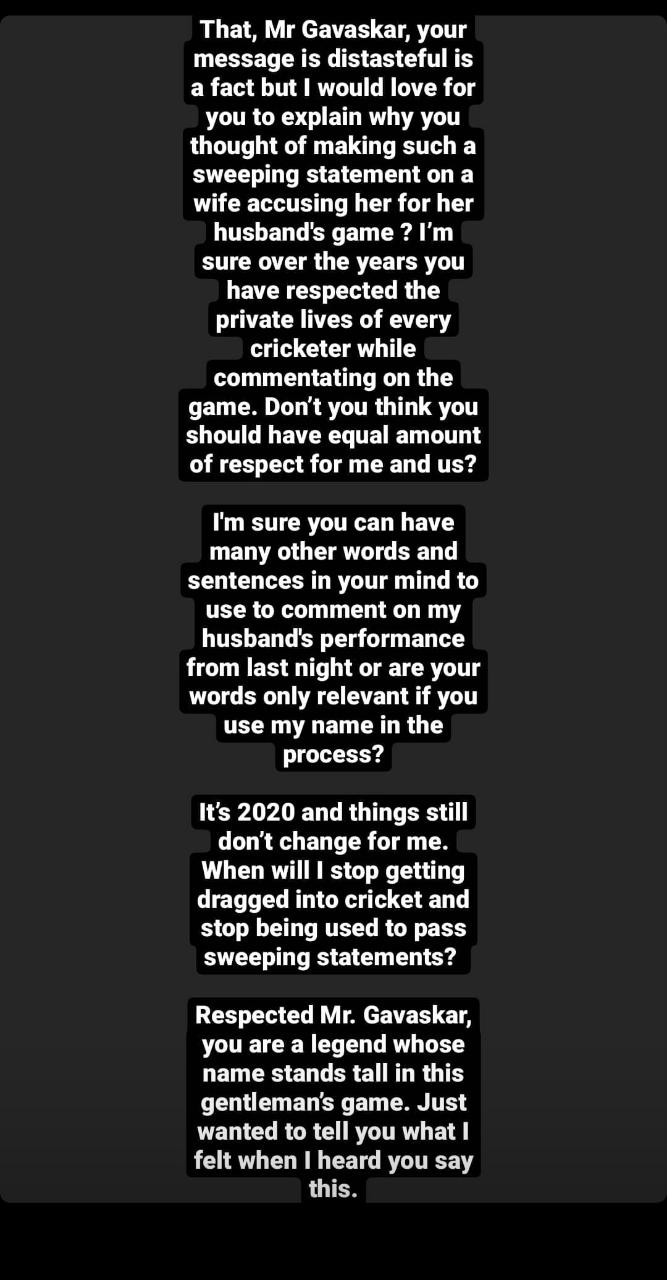 However, Gavaskar’s video, which is posted below this paragraph, clearly shows that he does not mean what has been understood majorly.

“Lockdown tha to sirf Anushka ki bowling ki practice ki unhone, wo video dekhi hai (reference to aforementioned video), usse to kuch nahi hona hai,” he said. (The statement roughly translates to – During the lockdown he practised only Anushka’s bowling, I had seen in a video. But that is not going to be enough.)

During their lockdown days, the couple was enjoying and playing cricket. Kohli’s wife bowled him some bouncers and he was seeing defending the shots. Here is the video: