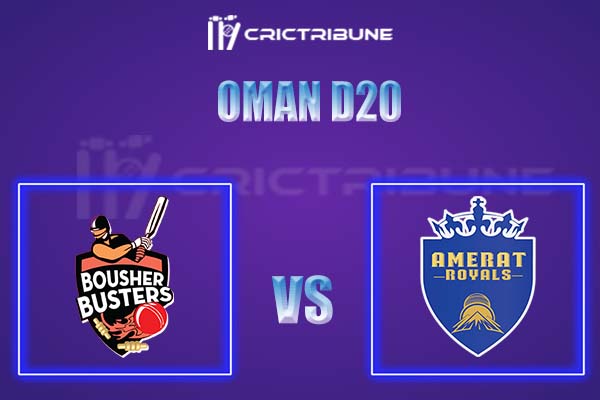 This is the first match of the day in the Oman D20 League where Amerat Royals and Bousher Busters will lock horns with each other on Monday (December 27). Amerat Royals tasted their first victory in this competition against Darsait Titans, by defending a total of 176 runs in the allotted 20 overs. They will be looking to win this match to bag some crucial points to move up in the points table.

On the other side, Bousher Busters got a good start to their tournament campaign, as they beat Darsait Titans in the opening match by 6 wickets. However, they failed to continue the momentum and went on to lose the next match against Ghubrah Giants by 5 wickets. They are currently placed at the 6th spot on the league table with a win from two games.