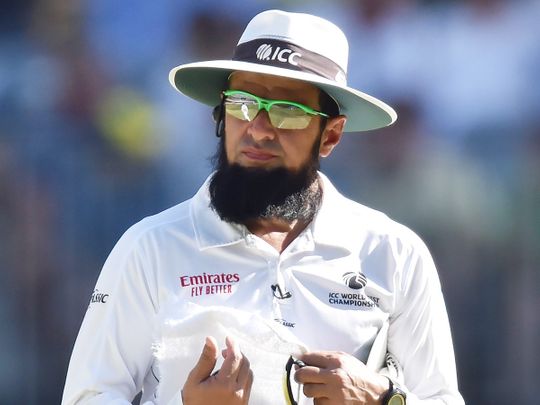 Aleem Dar, Pakistan’s international umpire has made a world record of officiating the most number of ODI matches standing in his 210th ODI match officiating the second match between Pakistan and Zimbabwe.

The 52-year-old has surpassed the record of South Africa’s Rudi Koertzen who has umpired in 209 ODI games. He already enjoys having officiated the most number of Test matches along with having a remarkable title combining all three formats of the game.

Aleem Dar was awarded a special memento to mark his record breaking 210th ODI appearance as an umpire, before the start of the #PAKvZIM 2nd ODI in Rawalpindi pic.twitter.com/DrTrYwbzih

However, T20I is the only format where is not ranked first as his fellow, Ahsan Raza, has officiated more matches (49) than Dar who is on 46th figure. The umpire is also a former cricketer who is now a member of the elite panel of ICC umpires. He made his ODI debut in the match between Sri Lanka and Pakistan that was played at Gujranwala in 2006.