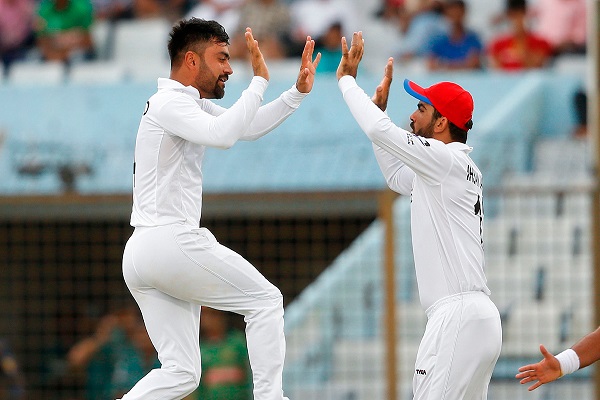 Afghanistan and Zimbabwe return to play international matches as they are up against each other for a two-match Test series in Abu Dhabi. The series will commence on the 2nd of March at the Sheikh Zayed Stadium. Both the teams are coming from a long break in the longest format of the game. This will be the first-ever 2 match Test series for Afghanistan. They have been pretty good in the longest format so far. However, this squad is a bit inexperienced one as there are a few new faces.

On the other side, Zimbabwe also has only been playing white-ball cricket since the restart of cricket. They haven’t won a single series in 10 years. But this is a new-look side, who under Sean Williams, have played impressive cricket. Young batting sensation Wesely Madhevere, who stunned Pakistan recently, is expected to make his debut. This series is very important for Zimbabwe cricket as it might prove to be the revival of their cricket which hasn’t quite hit off in the international arena for some years now.

The weather forecast suggests a sunny day in Abu Dhabi for the next five days in the Test match. The temperature will rise from 24 to 29 degree Celsius at the end of the day with no chance of precipitation.

It was 2018 when a test match was last played at this venue. The condition of the pitch is unknown but it is expected to be a good one to bat on. Only one match has been won by batting last at this venue in the last 10 years. The team winning the toss should bat first to get the most from the first two days with the bat.